Sunday 21st November 2021. The Monaco race area was invaded by the younger generation this weekend, here to take part in the Monaco Optimist & Laser Academy organised by Yacht Club de Monaco. The third edition of this meeting, in line with the Club’s sports policy, drew 160 competitors from 27 clubs, representing five nationalities.

For the first time since this event launched, ILCA 4 and 6 (formerly Laser 4.7 and Radial) joined the Minime (13-15 years) and Benjamin (12-13 years) Optimist fleets. After a warm-up race day on the Friday, contestants got down to business for this regatta where coaches are allowed to intervene during races to give precious tips and advice.

A south-westerly and flat sea on the first day of racing required huge concentration from the sailors who had to keep a sharp eye out for signs of a breeze and react fast. The slightest mistake risked a big impact on any gains made and therefore their ranking. On the Sunday, a southerly breeze filled in, ideal for starting a race and confirming the trends of the first day.

YCM’s young ILCA sailors had their sights set on winning at home and got off to a great start. In ILCA 4, the brilliant young helmsman Noah Garcia, who has just left the Optimist class, won two of the three races to secure a top podium step finish in the overall ranking. Note also an excellent 8th place in the final ranking for Louise Debeaumont, also from YCM. In the other category, it was a similar scenario for the ILCA 6 sailors where Bodhi Van der Linden was a clear winner, closely followed by another YCM member, Mathis Duplomb. 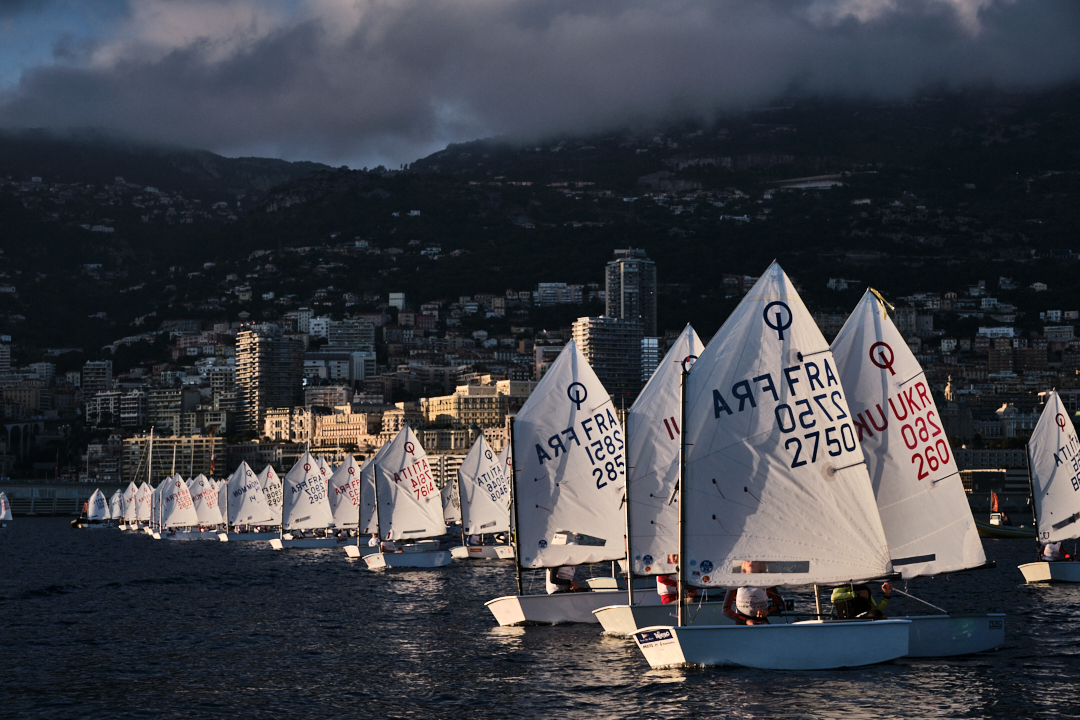 In this popular category, with 87 on the start line, the battle for supremacy was intense, particularly between the French, Swiss and Ukrainians who set the bar very high. For Monegasques Matteo Asscher, Ludovica Bonelli and Alexandre Pompée it was an opportunity to pit themselves against some excellent competition including Oscar Beuvry from Antibes who won having clawed his way back into contention by coming 2nd in the last race.

Note that this regatta was also a qualifier for the international Monaco Optimist Team Race (MOTR) organised by the YCM 12-16 January 2022 when the 16 best clubs and nations in this discipline will meet – that’s a total of 64 sailors. The honour of representing France goes to the Les Optimistes team.

Another month and another regatta at Yacht Club de Monaco when it organises Act 2 of the Monaco Sportsboat Winter Series 9-12 December 2021 which this time gathers the cream of J/70 sailors.