Retrofit: the future of responsible yachting

An annual gathering for the yachting industry, La Belle Classe Superyachts Business Symposium, organised by Yacht Club de Monaco alongside Credit Suisse, is not only an opportunity to analyse changes and challenges in the sector, but to bring together owners and professionals. Federating all key players in the global superyacht industry chain the event is part of the Monaco Capital of Yachting approach.

Sixty people attended to discuss how the industry is evolving and adapting to environmental challenges, demonstrating the sector’s awareness of the issues. For this 14th edition, retrofit was at the heart of the debate.

With “green yachting” asserting itself as the future, owners have to make a choice between a “sustainable” yacht or renovating their own. Modernisation is inevitable: within five to ten years some regions, particularly coastal, will no longer be accessible to vessels operating on diesel.

“Yachting stakeholders are mobilised and ready to initiate change in the industry. The level of mobilisation they are involved in to develop the sector is very encouraging,” said Bernard d’Alessandri, YCM General Secretary and President of the Cluster Yachting Monaco. 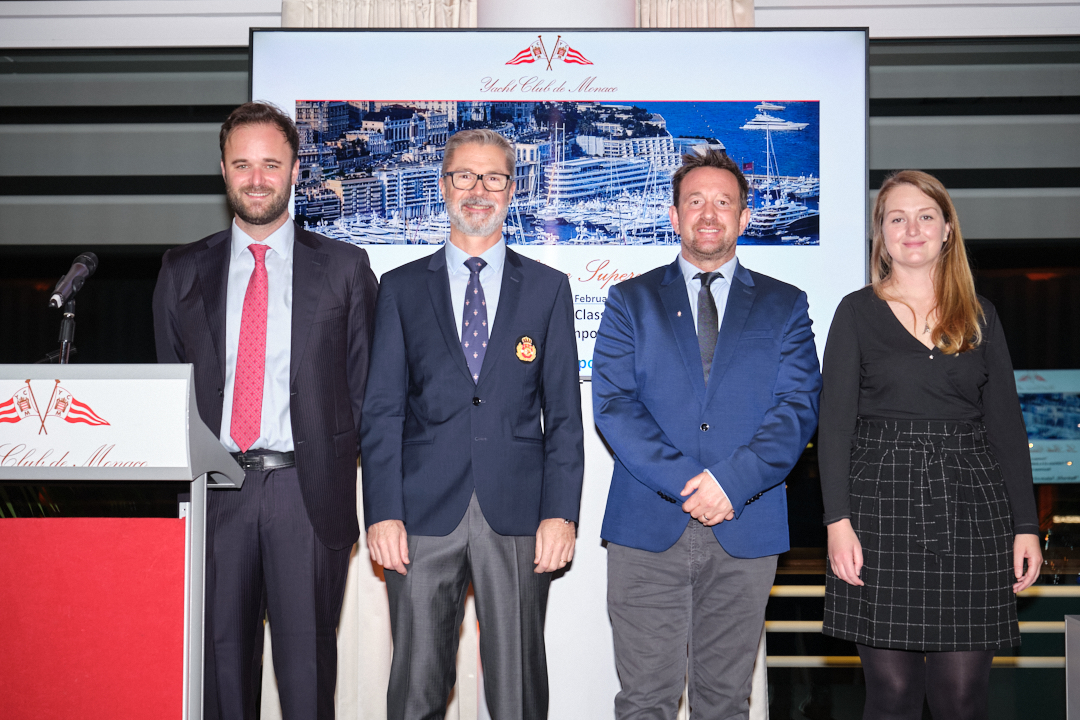 A LARGE FLEET TO RENOVATE

“In 2021, 668 new superyachts joined the ranks of an already large fleet, an increase of 3.2%,” began Miranda Blazeby, editor-in-chief of Boat International. The Luxury Yachting sector is doing very well with 1,024 projects already registered as being under construction. However, these figures already point to an ageing fleet, as the average age of a superyacht in 2022 is now 23 years.

An ageing yacht is therefore a yacht that clearly needs to be renovated sooner or later. Some have already begun their transformation like S/Y Juliet (43m) and Foftein (30m) “which have both switched their engines to hybrid propulsion at the Royal Huisman shipyard in the Netherlands,” continued Miranda Blazeby.

“All industry players today are asking for change,” said Jamie Edmiston, Chief Executive at EDMISTON. 75% of yachts travel short distances and a few make transatlantic voyages, when they are not being transported from one holiday destination to another. It’s important therefore to analyse the reality in order to correctly assess energy needs.

Reducing a yacht’s carbon footprint can be achieved in a number of ways, for example by replacing diesel with a bio-fuel, changing generators to better fit the vessel’s actual usage, switching to LED lighting or reducing air conditioning which uses a lot of energy. And while hydrogen fuel cells are seen as the ideal long-term alternative, although some consider the technology not mature enough, there exist intermediary solutions like methanol fuel cells.

Also obvious is that speed remains a major obstacle to decarbonising the Luxury Yacht sector. Well-designed yachts cruising at a decent speed of 12 knots are less polluting than many modern superyachts whose power requirements are exponential, as fuel consumption gains a few knots.

Yet retrofitting is not just about propulsion, as it applies to the whole yacht. Other avenues are still to be explored but already there exist low energy eco-friendly systems, for example non-discharge water treatment installations, the use of low impact products for careening, such as low VOC (volatile organic compounds) paints or non-biocidal anti-fouling products, and alternatives to teak such as cork.

Hence why “green” retrofitting is a market with strong potential. Tanguy Ducros Chief Commercial Officer,  Monaco Marine, described conditions to be met to refit a vessel: “The owner must be ready for the project, the yacht must be able to accommodate the new systems in terms of space and weight, the shipyard must apply strict environmental regulations, and legislation must be followed”.

“The human factor is fundamental,” noted Roberto Giorgi Executive Chairman, Fraser, “it’s not just the owner who is affected by change, captains and crews need to be made aware of it”.

“10% of the environmental impact happens in the construction of a yacht,” said Paris Baloumis, Marketing Manager at OCEANCO. “A shipyard can change the situation by refusing to use such and such a material. I’m thinking in particular of steel which is very polluting to make”.

“The question is also knowing how to design a yacht that will still be usable in five or ten years’ time,” points out Farouk Nefz Chief of Marketing at Feadship, “this is one of the issues that must be anticipated”. What will be the value of a yacht still running on diesel and no longer able to sail in certain very popular areas? At Oceanco, explains Paris Baloumis, they “no longer accept newbuilds that are powered solely by diesel”.

Finally, attention was drawn to the not-insignificant role that artificial intelligence plays in optimising a boat’s design.  “It is easier to be born eco-responsible than become it,” notes Oscar Romani at Benetti. “Recycling a yacht will be a key to the future”. 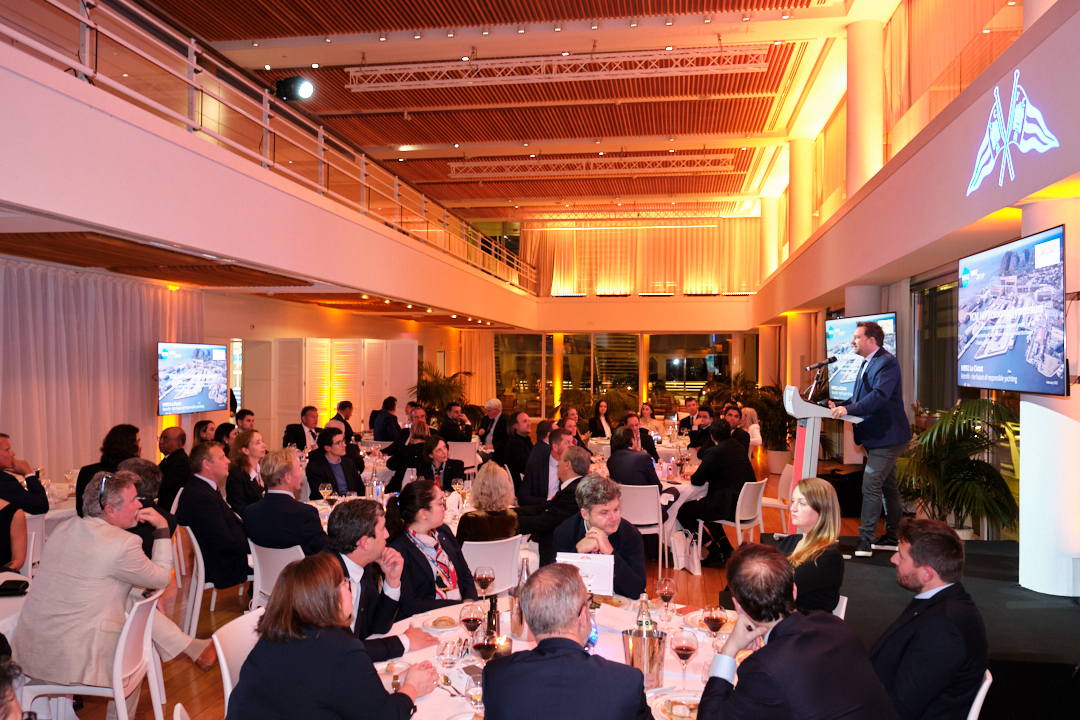 Rob Papworth Operations Director, MB92, La Ciotat shipyard, shared his experience. “We are trying to provide innovative responses through investments made in facilities at the shipyard but also in techniques and practices to modernise boats,” he said. “If newbuilds can reduce their environmental impact by 40% that would represent a reduction of less than 4% for the whole fleet over the next five years, which is nowhere near enough. Yachts are not cars and don’t spend their whole life on the move. On average they spend less than 15% of the time at sea”.

Efforts undertaken must continue if pollutants are to be reduced “whatever they are”, urges Michel Buffat, Head Aviation & Yacht Finance, Credit Suisse, “be it conventional exhaust gases, waste water (black/grey water), solid waste or noise pollution”. It is also essential not to focus solely on new yachts as “deliveries represent only a small part of the total fleet and the emission reduction effect on the overall fleet is minimal. We must integrate the idea that it’s the masses that make a difference”.

Shipyards and owners are investing in technology to move the lines. Other industries are making the change, such as the automobile and aviation sectors where emissions are calculated when in use and their intensity assessed in grams of CO2 per passenger and per kilometre.  “In yachting, we now use the SEA Index launched in 2020 with Yacht Club de Monaco. This reference targets +40m yachts enabling them to assess CO2 emissions, propulsion systems and generators”.

Industry players agree that action is needed now, a change that involves the whole infrastructure and facilities, not just yacht construction. “The marinas must be ready to accommodate these new boats and de facto must adapt,” argues Roberto Giorgi.

“We hold all the cards through the Monaco Capital of Yachting ambition to make this change. It is essential we work together to achieve it, not just in response to legislation,” adds Paris Baloumis. It is therefore a collective responsibility to initiate such a change.

“This evening we had the opportunity to discuss what concerns us together. Tomorrow, we will be in competition with each other again. That is when we must remember these exchanges. Brokers, captains, shipyards, and all those involved in the industry (…) are trying to work hand in hand,” concluded Maurizio Magri, Chief Commercial Officer, Wider.

It is a call to arms addressed to Luxury Yachting players to unite around the Monaco Capital of Yachting initiative to consolidate the Principality’s position as a centre of excellence in this sector.

After its La Belle Classe Superyachts Business Symposium, YCM is getting ready for the 5th Monaco Ocean Week, organised on the initiative of the Prince Albert II of Monaco Foundation, the Monaco Oceanographic Institute and Yacht Club de Monaco, when a day dedicated to yachting takes place Thursday 24th March.