The Golden Age of yachting brought to life in Monaco! 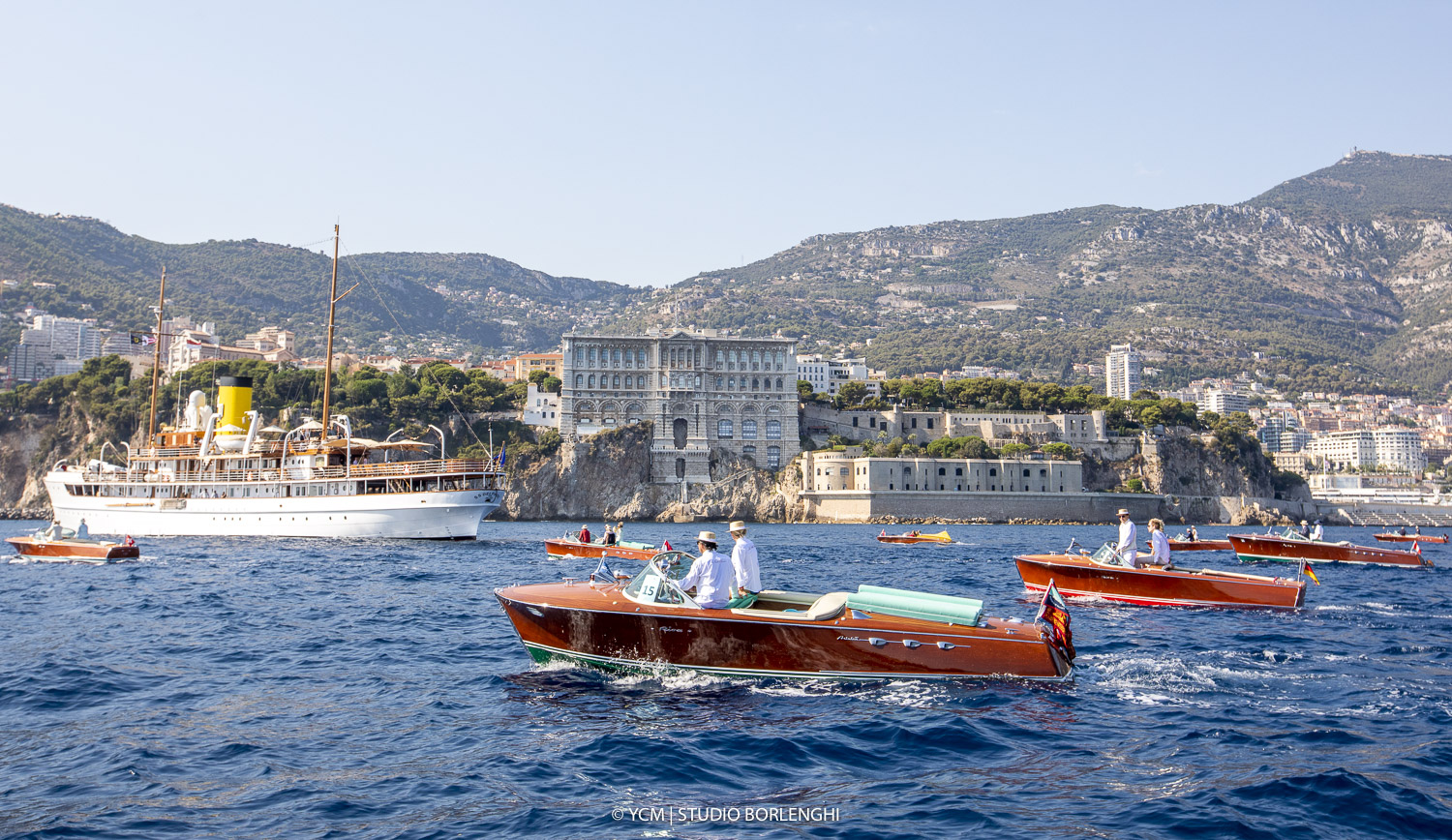 Saturday 11th September 2021. Monaco Classic Week is not just a regatta. It’s a voyage through time and the history of yachting which in Monaco combines sport and a certain ‘Art de Vivre’ common to classic sailing yachts, period motor-yachts and vintage motorboats at a time which saw the birth of aviation and the early seaplanes. It is this spirit that never fails to captivate participants and public alike at an event orchestrated by Yacht Club de Monaco. It combines races as a way to showcase the authenticity of sailing yachts along with the coveted La Belle Classe Restoration Prize, living well at sea with the Chefs Competition, respect for etiquette at sea with the elegance contests, and an extraordinary voyage into the past at the ‘Powerboat Meetings in the Albert I of Monaco era – Yacht Club de Monaco’s collection restored’ exhibition. On the last day, a Grand Parade led by SS Delphine (1921) brought all participants together in front of the Oceanographic Museum for a parade of living maritime heritage in all its many guises to Larvotto Beach and back to the YCM Marina. An opportunity to celebrate the 100th anniversary of this steam-yacht, the last still in operation, recognisable by her inverted stem and elegant lines (78.5m in length, 10.83m beam) with three boilers supplying the original 1500hp quadruple-expansion engines. 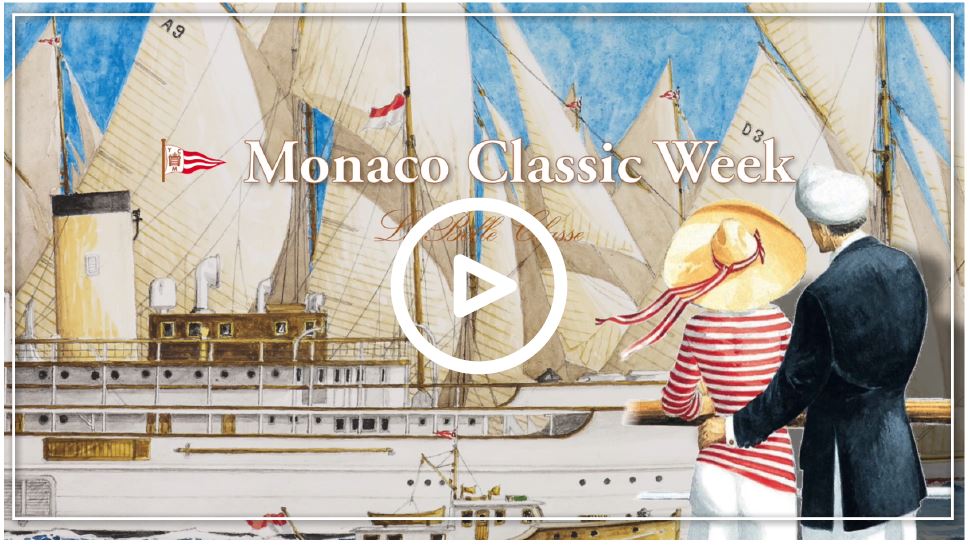 Style as much as performance 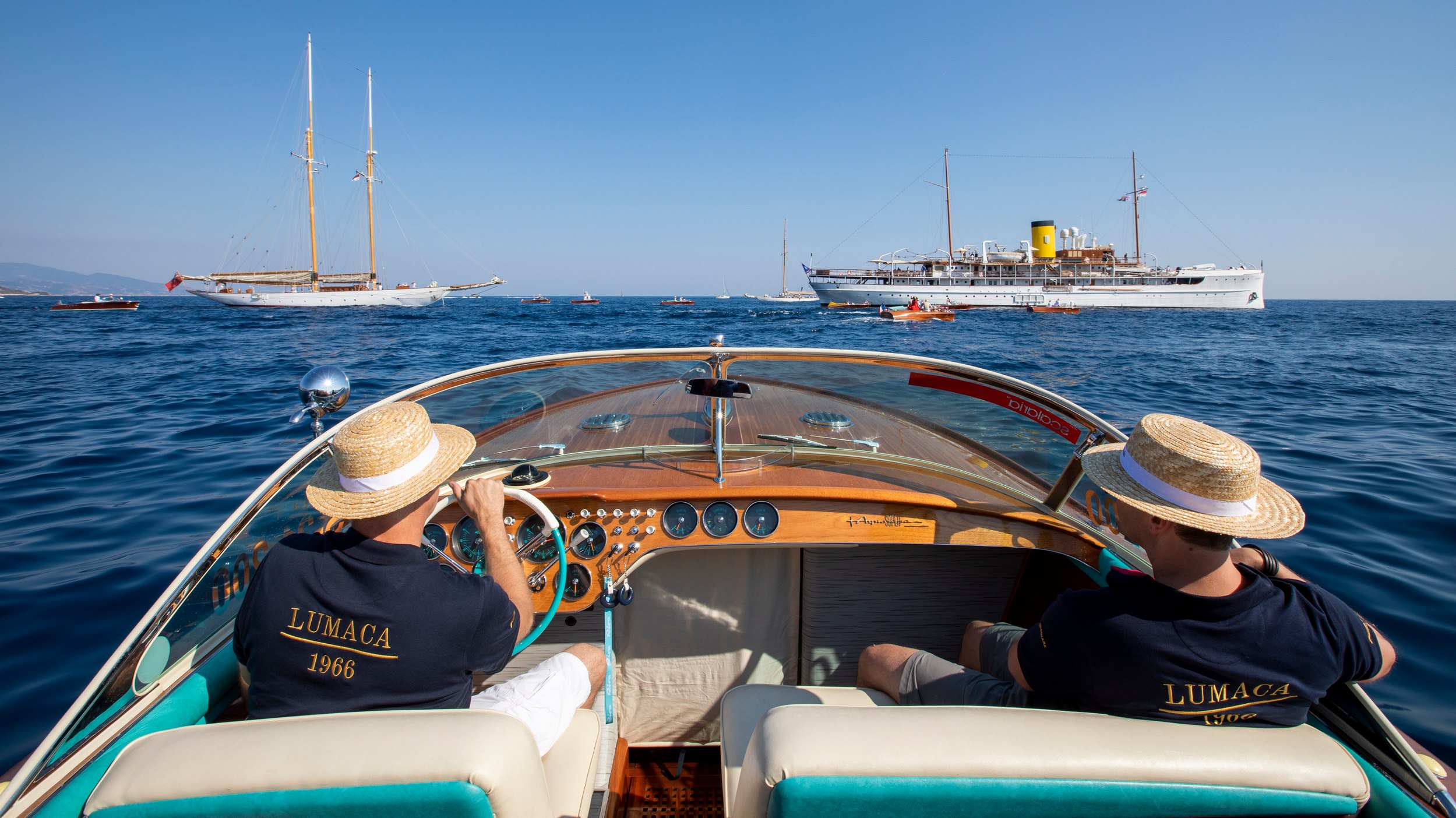 After the rigours of Friday’s race to Cala del Forte marina in Ventimiglia and back, Saturday was about what inspires the yachting soul, this passion that people have for their boat and the way they enjoy them at shore and at sea. The Elegance Contest again involved Princess Beatriz de Orleans-Borbon and an elitist jury called into judge the style, class and harmony of crews and their boats. Sailing yachts, motorboats and motor-yachts paraded past the jury on Lucciana Jetty, the crews digging deep into their imaginations to harmonise their uniforms and gestures to suit their boat’s stature. Salutes, hurrahs, canon shots, even sea chanties proved a challenge for a jury embarrassed by choice when the final decision had to be made. 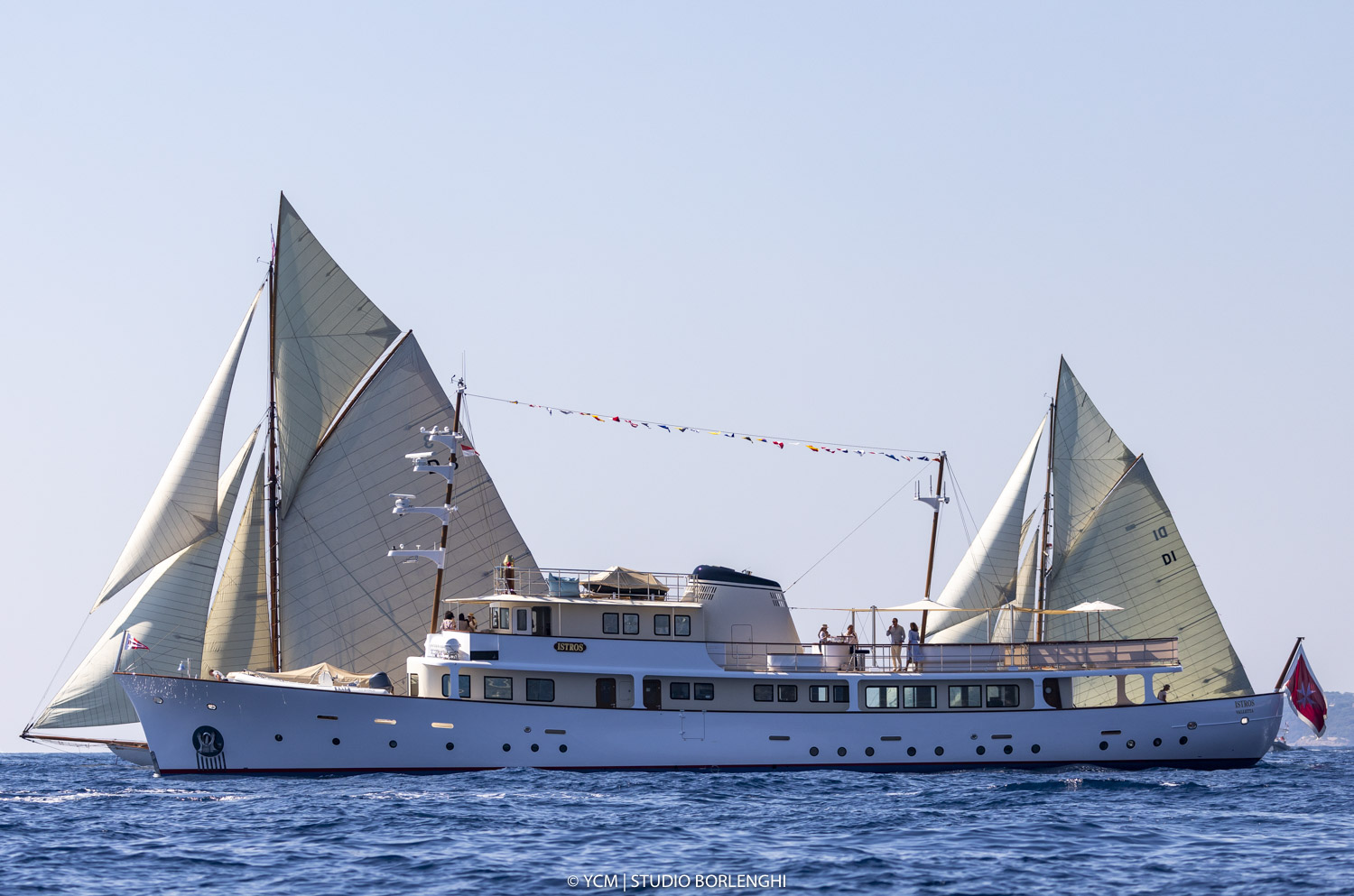 On the Mediterranean classic yacht circuit, Monaco Classic Week stands out as the only one to bring together an exclusive range of classic sailing and motor yachts, selected and invited by the Yacht Club de Monaco. For owners, delighted to be together and sharing their passion, it was a more intimate format with only sailing yachts built before 1950 with a wooden mast being able to drop anchor in the YCM Marina.

Around 30 responded to the invitation, most of them Fifes, including three of the 15M IR yachts. It was an ideal opportunity for Moët Hennessy to pay tribute to the prestigious Scottish boatyard by officially launching a 25-year-aged Glenmorangie Tuiga Whisky. In their wake, were a dozen period motor-yachts and some 30 vintage motorboats including ten Rivas, outdoing each other in finesse and elegance while seven others, including three American Chris Crafts vied for supremacy in the sheer elegance of their lines. 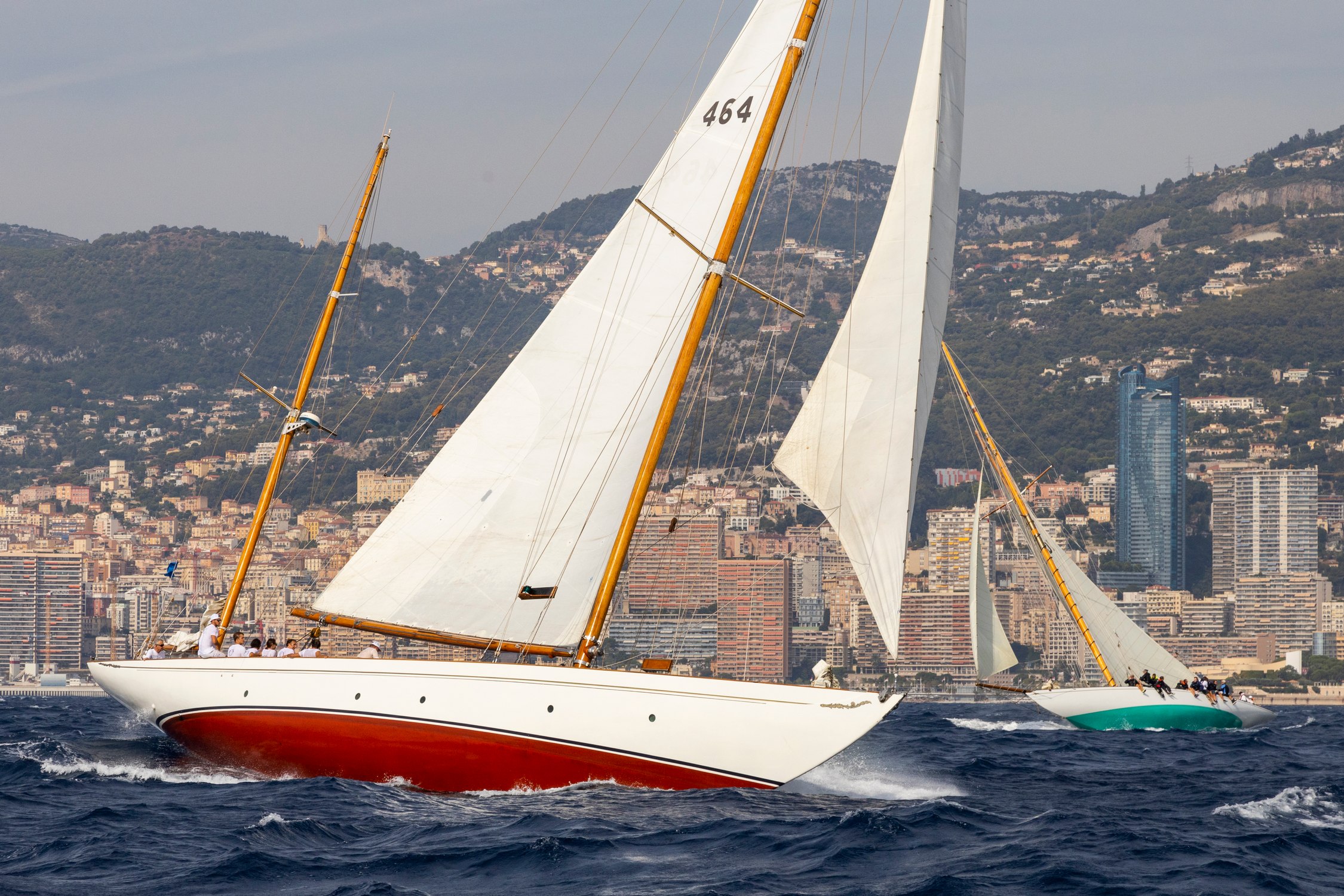 The La Belle Classe Restoration Prize recognises the quality of the restoration of boats that are often over a hundred years old. For this fifth edition, the Jury chaired by Sir Robin Knox-Johnston and comprising experts in yachting history including Dr William Collier has spent the week inspecting all the boats. The scoring takes into account respect for the original plans, materials used in the construction and the expertise of those involved in restoring them. The boat’s history and that of their owners are all part of the passion and commitment which also comes into play. It is a combination of this contest and the elegance contest that decides the winner of the Monaco Classic Week Trophy as they encompass all the criteria assessed in these two aspects to which is added that indefinable “love at first sight” reaction to the spirit that reigns in the life, maintenance and restoration of the boat. The big winner this week is the Fife-design Bermudan yawl Mariella (1938) of Carlo Falcone who succeeds the gaff schooner Puritan (1930). Also on the receiving end of awards for the quality of their restoration are Iran in the vintage motorboats, Blue Bird 1938 in the motor-yachts and the gaff cutter Olympian (Gardner 1913). Iran (Stempler Corsier Port – 1948) won the jury’s vote for the elegance prize, as did the motor yacht Istros and the sailing yacht Viola (Fife 1908).

Three races for the 12’ Dinghies 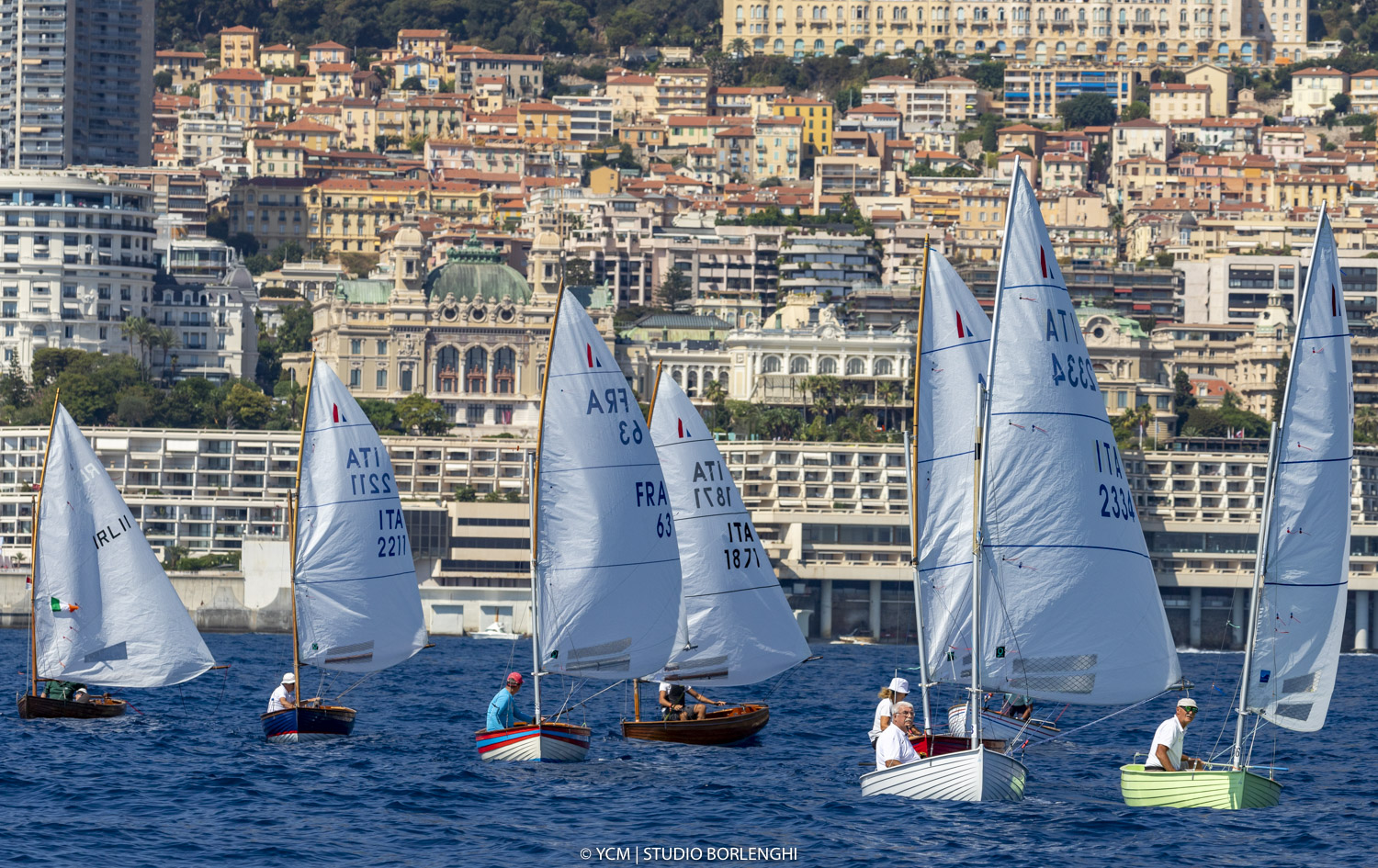 In a light south-westerly the Race Committee ran three windward-leeward races in quick succession for the 12’ Dinghies. “A day of light airs that favoured the light sailors!” explained Lorient sailor, Christophe Le Bruchec. “The Italians proved very strong competition,” he said, confirmed by the ranking dominated by Aldo Samele-Acquaviva, ahead of compatriots Alessandro Pedone and Federico Pelopais. 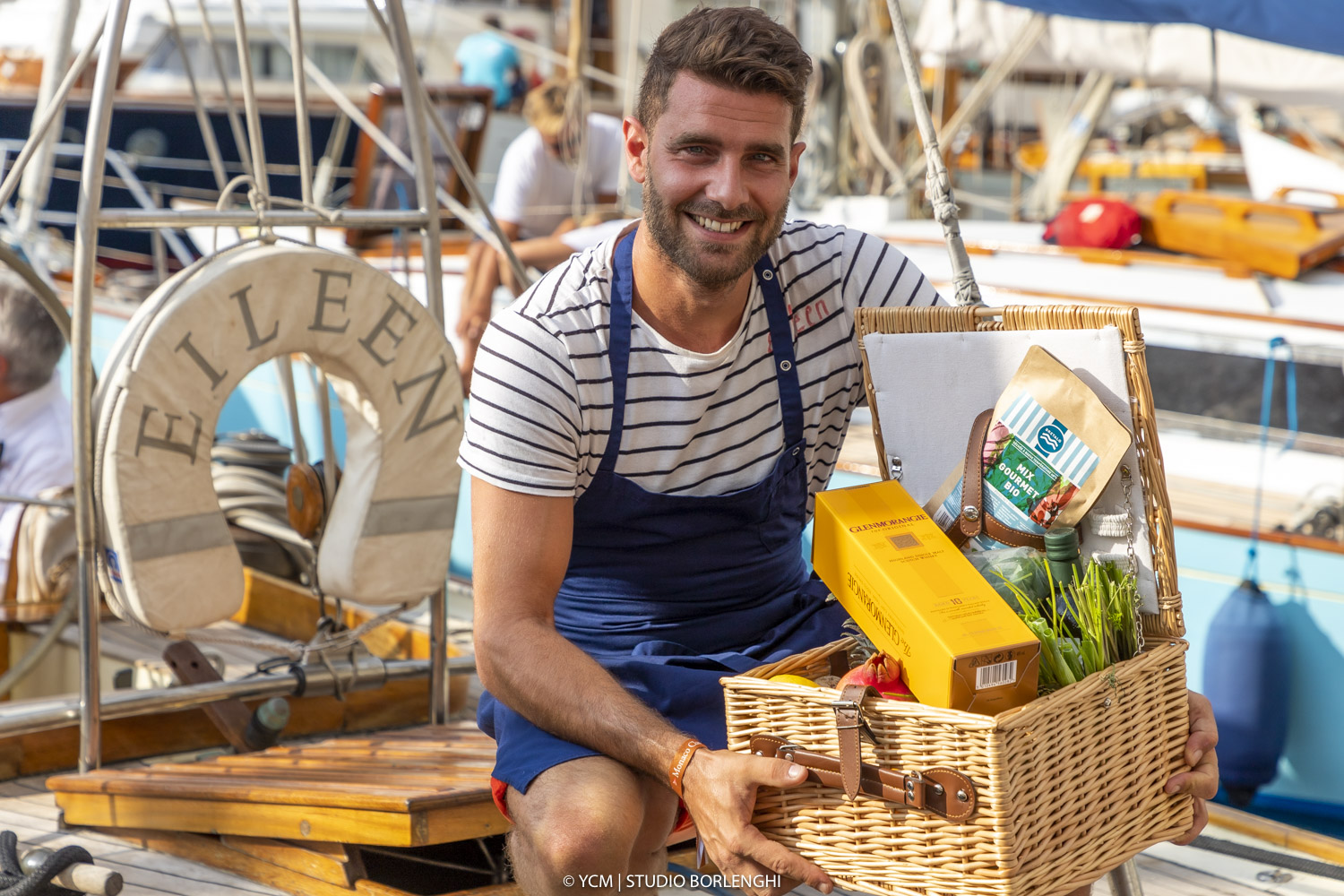 Ten boats, sailing and motor, entered their chefs for the highly-rated Chefs Competition, the jury chaired by three-Michelin star Mauro Colagreco (Mirazur). Coordinated by Simon Ganache, Executive Chef of Banquets at YCM, the theme was ‘Land and Sea’, with Wagyu beef and king crab for the starter, and black cod, carabineros and octopus for the main dish. Another ingredient they had to work in to enhance their recipes was Glenmorangie’s ‘The Original’ 10-year-old whisky which they did with panache. The winner was Thibaud Barbafiera the “cook” on the Bermudan cutter Eileen 1938 (Anker 1938) who best combined these culinary imperatives and impressed the jury. He beat Ricco Dubignon from the motor-yacht Le Kir Royal and Conor Demprey from Blue Bird 1938.

Success for outstanding exhibition of works from the YCM collection 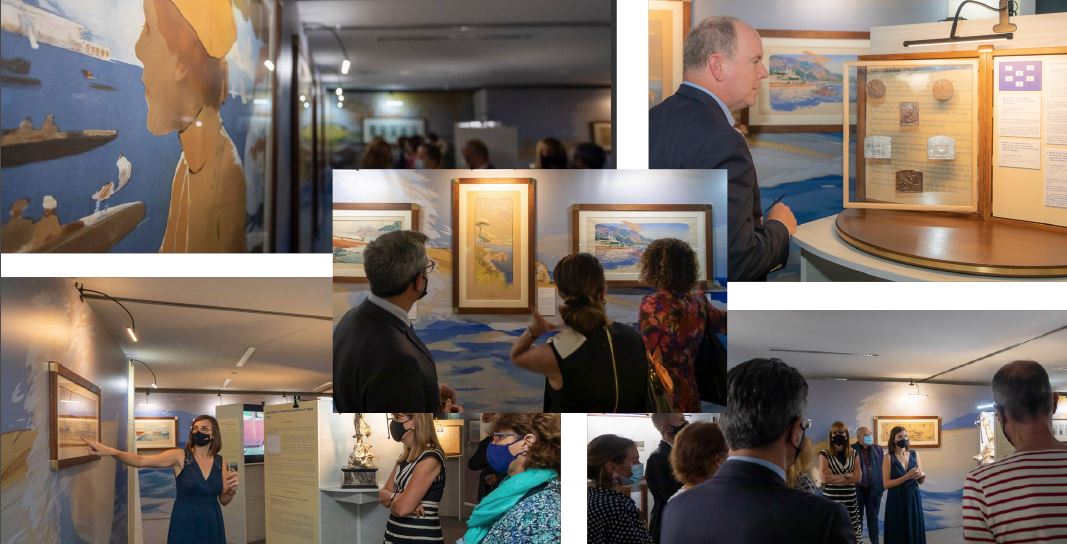 To commemorate the 100th anniversary of the death of Prince Albert I, the Comité Albert Ier-2022 put on an exhibition for the week of some 60 items that have been restored and are on public display for the first time, including medals and trophies, relating to the powerboat meetings held in Monaco in the early 20th century. All the items will now be found a place in the various lounges of the Yacht Club de Monaco.

“As the curtain falls on this 15th edition of Monaco Classic Week, we are all feeling very emotional at having shared our passion for all these boats. This event is unique but also has meaning as it brings together people who have the same concept of sailing and pay the same attention to preserving maritime heritage. We can see that old boats still have a timeless elegance. Monaco also had a role to play in the early days and development of aviation in the early 20th century. For aviation started with seaplanes and the first flights over Monaco waters taking off from the quays. The exhibition of posters and lithographs from the Yacht Club is a reflection of what yachting is today. When we talk about Monaco as a capital of yachting, it is a story that began a long time ago and which continues.”

“We were given a wonderful welcome by all the crews who told us the story of their boat, the restoration works that have been carried out, and always with the same passion and love. In the end, it’s a very difficult decision to make, so many craftsmen who work on these boats to preserve them in all their original grandeur have done a great job. In the end, it’s the heart that decides for each member of the jury.”

The 33 classic sailing yachts were divided into four groups, according to their size, age and rig type. After three days of racing, the results are as follows: